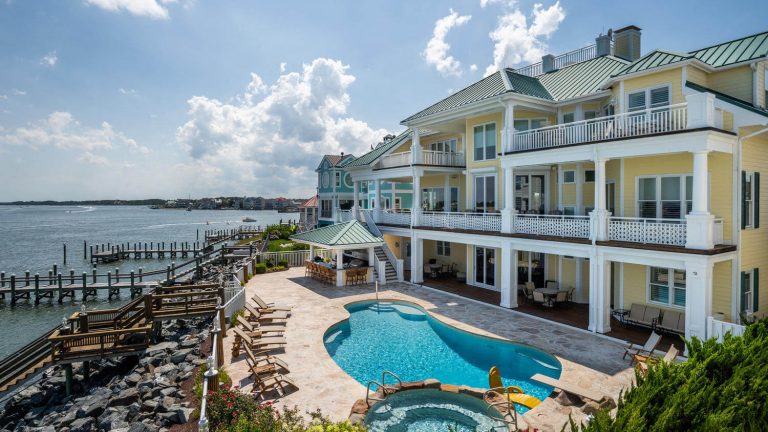 Robert Pincus Betrayed His Fiduciary Duties to TransPerfect to Enrich Himself – What does Chief Chancellor Kathaleen McCorrupt Continue To Do? Order This Warped “Civil Servant” to be Paid Enough Money Afford a Second Home – An Extravagant Mansion in the Sky in Georgetown, Washington D.C.– Former Home of European Soccer Star – Nothing Pays Like Chancery Court Corruption

Outrageously, folks, Robert Pincus continues to live lavishly on money that our Chief Chancellor takes from TransPerfect employees – it’s tantamount to grand larceny by the Chancellor – and it continues to this day!

Pincus’s second home was Wayne Rooney‘s $3 million rockstar crashpad pad – a lavish lifestyle supported by Pincus’ best friend Chancellor Bouchard – all masked in illegal mumbo jumbo known as “Fees-on-Fees” in the legal community and all financed off the backs of hard-working employees.

Pincus worked with former Chancellor Andre Bouchard at the infamous law firm Skadden Arps. He parlayed that into Bouchard appointing him court-ordered Custodian during the TransPerfect sale and received a windfall of millions that robs from company employee compensation to this day. How does Pincus have a Rockstar Pad? How does Bouchard have a Bentley? Why is no one asking the hard questions? Bouchard has never denied multiple allegations of financial corruption.

Chancery continues to funnel filthy millions and Bob Pincus and Skadden Arps benefit. If there was any justice, Delaware would have an Inspector General looking into the finances of Judges and appointees in Delaware. Where there’s enough smoke, there’s surely fire!

With Skadden ignoring the rules and still working for Russian Oligarchs, perhaps they should seize Pincus’s ultra luxury pad. See below.

Please send along any feedback you have.

Residential Real Estate
Wayne Rooney’s former crash pad at The Wharf just sold. We have the details.
By Andy Medici – Senior Staff Reporter, Washington Business Journal
Nov 21, 2019, 3:02pm EST
Jason Levien, the lead owner, co-chairman and CEO of D.C. United, has sold his luxury condo at The Wharf to attorney Robert B. Pincus for $2.85 million.
Levien never lived in the seventh-floor condo at the Vio building at 45 Sutton Square SW, instead using the furnished unit as temporary lodging for clients, colleagues — and former D.C. United forward Wayne Rooney, according to Jordan Stuart, an agent at Keller Williams Capital Properties and team lead at Next Move, a network of licensed real estate professionals.
“He did buy this for the purpose of essentially having a nice, furnished, beautiful condo for his corporate partners, ownership and also to have a place for Wayne when he needed it. And Wayne used it during the season,” said Stuart, who represented Levien in the sale. “Once Wayne left, he felt it was a little bit much.”
Rooney, the British superstar who signed with D.C. United in June 2018, played for the 2019 season and subsequently struck a deal to return to the U.K. and become a player-coach for Derby County FC in the English Championship.
Levien, who has other properties around the city, decided to sell the property once he could break even and get the price he wanted, Stuart said. The condo boasts floor-to-ceiling views of Washington Channel, has three bedrooms, two-and-half bathrooms and totals nearly 2,000 square feet. It was sold to Pincus, a retired partner from Skadden, Arps, Slate, Meagher & Flom LLP, who is currently an adjunct assistant professor at American University’s Washington College of Law and a corporate dispute mediator, according to his LinkedIn profile.
The sale comes less than a year after Levien purchased the condo from chef Mike Isabella for $2.575 million. Isabella himself purchased it in March 2018 for $2.19 million, shortly before Isabella was sued for sexual harassment by former Mike Isabella Concepts General Manager Chloe Caras. He settled the suit for undisclosed terms in May 2018.
Stuart said the successive price increases over a short time showed the demand for condos at The Wharf, especially those with expansive views, of which there are only so many, he said.
“People want to be on The Wharf and there is a lot of leasing options, but there is not too much supply. It’s really just kind of the Vio in phase one [of The Wharf development]. And if you want one of the nicest pre-owned units, this is basically it,” Stuart said. “It was in demand when I sold it the first time. It was in demand this time.”
Levien, who is also co-owner of Welsh soccer club Swansea City AFC, leads the investment group that owns a majority D.C. United after it bought out the previous partner Erick Thohir in August 2018. The Wharf made sense as a spot for guests (and Rooney) as it sits just blocks from Audi Field, D.C. United’s stadium at Buzzard Point.