Black Lawyers Have Their Issues? 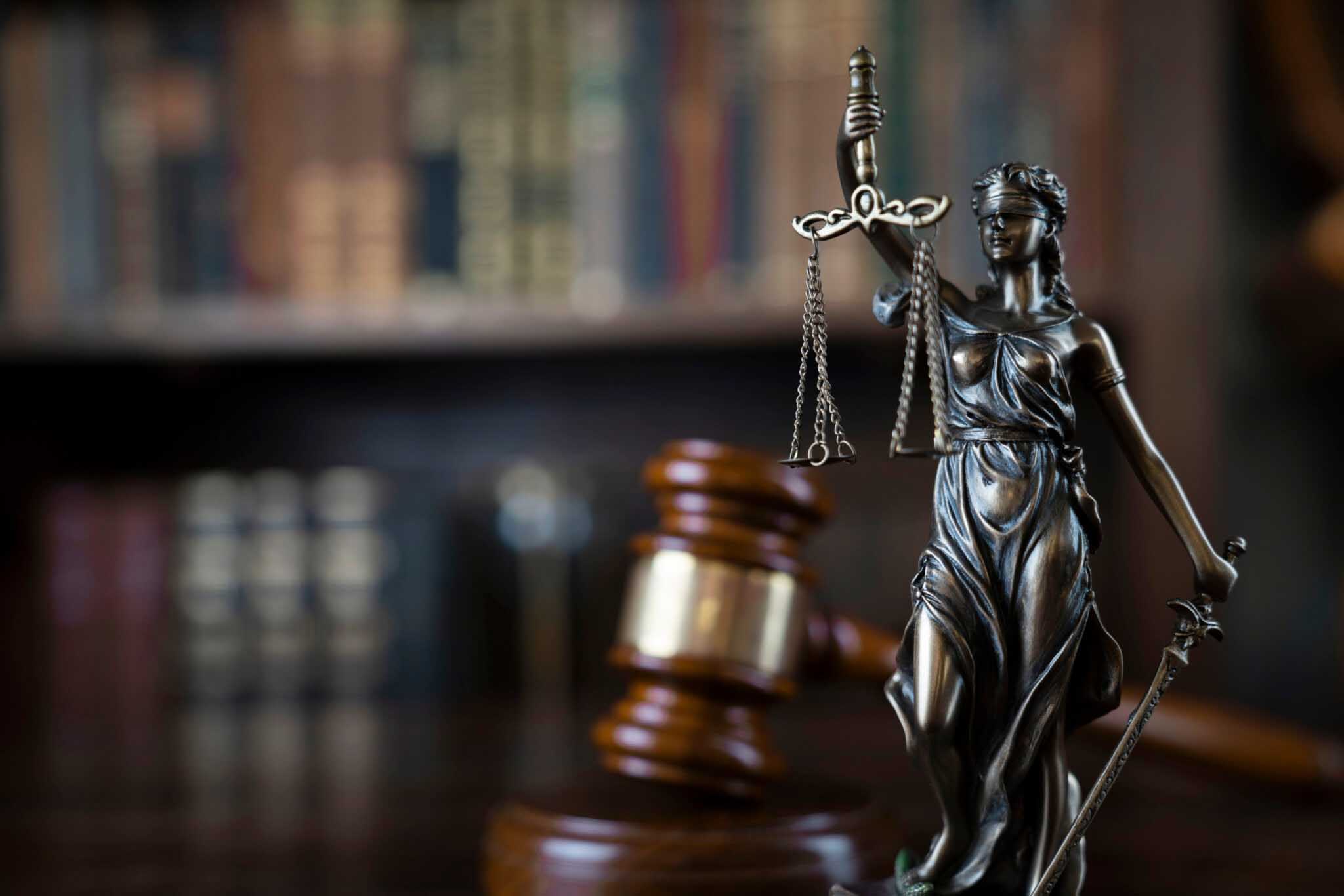 I heard there was a racial, protest truck in front of Skadden Arps Delaware office earlier this year, basically saying the firm was not diverse in Wilmington, when it comes to hiring practices. The Reverend Al Sharpton was complaining about racial diversity, as well, in regard to Skadden’s Delaware operation.

Apparently, many black lawyers feel uncomfortable in certain law firms and when they do get hired, they don’t stay? The diversity issue, which is another incessant rub from many Black individuals, is certainly not an issue of mine, however the notorious law firm of Skadden Arps is mentioned in an article that came across my desk and it caught my attention.

Indeed, considering the notoriety Skadden gets in America’s First State, with its former partner, Chancellor Andre Bouchard, seemingly still quite involved with them, it is always a reason for this pundit to take a look. I read it and found it interesting.

Let me know your thoughts.

Why They Left: Black Lawyers on Why Big Law Can’t Keep Them Around
Big Law is failing Black lawyers. The stories of those who have left can help explain why.
By Dylan Jackson | August 24, 2020 at 03:49 PM

Kinika Young didn’t leave Big Law because of anything overtly racist. It was more subtle than that.

She didn’t mind the work at Bass, Berry & Sims, the largest firm in Tennessee, with nearly 300 lawyers. As an introvert, it was the social navigation that frustrated her, she says—the unwritten rules. Her first couple of years at the firm went terribly. She felt unable to connect with her colleagues. Several years removed from her time at the firm, she’s surprised to look back and realize she stayed for more than a decade.

“If you had told me in that first year that I would be at the firm over two years, I would have called you a liar,” says Young, who started at the firm as a summer associate in 2006 and went on to become a partner in the firm’s health care practice.

She struggled so much socially at Bass Berry that another Black attorney once took her out to lunch and bluntly laid everything out for her.

“She told me that I should start over at another firm because ‘people don’t like you and don’t think you like being here,’” Young says.

Years later, Young is the senior director of health policy and advocacy at the nonprofit Tennessee Justice Center, another in a long line of Black lawyers who have left Big Law over the years, feeling that their path to a future within their firm has been closed off.

Despite the rocky start, Young kept her head down and continued to work hard. Eventually, she caught the eye of a partner who was impressed with her work for him and talked her up in a partners meeting. Everything changed for her after that—despite the fact that she herself hadn’t. Colleagues began treating her better, and she was put firmly on the track to partner.

“It seemed like, after the white partner vouched for me, people decided it was worth their effort to engage with me,” Young says. “They were friendlier and started conversations with me on topics that I could relate to, like travel, food, TV, music, pop culture, etc. They took the time to get to know me and what I was into, rather than expecting me to be able to talk about what they were into.”

Black attorneys are—and have always been—significantly underrepresented in the legal profession, more so than Latino and Asian American lawyers. Despite comprising more than 13% of the U.S. population, less than 2% of Big Law partners are Black, according to ALM data.

Several Black lawyers who left large law firms described to The American Lawyer the challenges they encountered, even while acknowledging that new opportunities played an important role in drawing them away from their firms, whether toward a nonprofit, an in-house legal department or a new firm. But that factor does not absolve their firms or the industry. Ultimately, they each left because they felt they had gone as far as they could go within their firm. Faced with a lack of mentorship, or an unattainable promotion to partner, or cultural isolation, they joined the scores of Black attorneys who leave Big Law each year.

“Culturally, you want to be somewhere where you’re recognized and you’re valued as a person, versus just being the one Black person,” Young says. “It doesn’t have to be anything racist that comes up in the meeting. Just sitting in a room and not seeing anybody that looks like you feels incredibly lonely.”

Thompson Hine attorney Ernest Tuckett knows this isolation well. A Bronx native and a first-generation college graduate, he was fresh out of Georgetown Law School when he joined Arent Fox in 1995.

The white-collar Washington, D.C., professional world was unfamiliar to Tuckett. He, too, found himself struggling to fit into these spaces. He often felt torn between competing concerns, balancing his introversion and his desire to carve out a career as he learned to navigate a new landscape.

“There were a number of times where I felt that I had to be super proactive and entrepreneurial inside the firm to stay connected,” Tuckett says. “I still don’t know whether to count that up to race or whether I was introverted. I did often feel a bit isolated in that way.”

Tuckett suffered no shortage of work at Arent Fox. He racked up three court cases and arbitrations early in his career. But, like many associates, he relied on partners to keep him busy. When a partner he worked closely with would leave, he’d have to scramble to find another. He often felt lost.

Ultimately, after several years as counsel, Tuckett saw no path to partnership. He left to join DuPont’s legal department in 2006, where he spent nine years, rising to become general counsel of DuPont Canada. He counts those years in-house as the best in his career.

“I always found my own connections when things dried up,” Tuckett says of his time at Arent Fox. “There’s this sense of, ‘Is there anybody here that’s responsible for my well-being?’”

“People relatively high up in the firm supported my career,” Allen says. “I couldn’t say why, or that my experience was even typical within Skadden.”

After joining the firm as an associate in 2007 as a former police officer, Allen found that he was adept at investigation work, and he quickly developed a relationship with a powerful rainmaker, Fred Goldberg, which Allen says made all the difference. He stayed at Skadden for 12 years, including five as of counsel, handling internal investigations for companies and their boards, before becoming a founding member of WTAII, a small firm in Arlington, Virginia, in 2019.

Mentors help attorneys—particularly minority attorneys—navigate the complex social and cultural hierarchies of a firm. They are a guide to the unwritten rules that thwarted Young. Everybody makes mistakes, Allen says, especially in the early years. But for Black attorneys the consequences are more severe and unforgiving. Having a mentor as backup is essential.

“If you don’t get those early breaks and build those early relationships and find people that will show you the road map, you don’t know where to start,” Allen says. “For Black attorneys, the mistakes are treated differently than for white attorneys.”

When that happens, he says, it derails careers.

Like Tuckett, Allen spent several years as counsel before leaving Skadden to start his new firm. He had always wanted to start his own business and figured that becoming a partner and practice leader would be sufficient. But when it was clear he did not have the business case to make partner, he left to pursue that dream.

Research shows that attorneys of color have a disproportionately harder time than their white colleagues acquiring and developing significant books of business. Smaller books of business, in turn, make it difficult to reach the partnership, as was the case for Allen and Tuckett. The gap is reflected clearly in Big Law’s poor retention rate for Black lawyers.

Allen argues that having a book of business isn’t always a reflection of a lawyer’s work ethic and capabilities.

“You have to ask, ‘OK, why don’t candidates of color have the book?’” Allen says. “You don’t have friends in your network that are high-level CEOs.”

At Skadden, Allen says he saw partners on their way out of the firm hand their book of business to another attorney, effectively giving that attorney the business case needed to make partner.

“Meritocracy alone does not always explain how lawyers get their books,” Allen says. “Some attorneys inherit client relationships, and that is less common for attorneys of color.”

The stubborn step into equity partnership is exacerbated by the industry’s economics, Allen adds. Because of a near-singular focus on profits per equity partner, law firms have become increasingly stingy with partnership promotions. It now takes an even larger book of business to be considered, further complicating the task for minority attorneys.

“This is not just Skadden,” he says. “You see firms make fewer opportunities for partner. That perpetuates that model, because it disproportionately affects diverse attorneys.”

To Tuckett, the absence of a meritocracy creates an opportunity. Because first-year associates are nearly indistinguishable in terms of their legal skills, law firms that want to retain more Black attorneys need only ensure that their Black associates are getting the mentorship they need, he suggests.

In his mind, it’s as simple as a firm having the stomach to place Black associates with firm rainmakers and task those rainmakers with shepherding their young lawyers into the partnership, checking up on their progress quarterly.

“Instead of saying, ‘Why don’t we have Black partners?’ just ask, ‘Is there a Black person in your group that we can groom along with this person?’” Tuckett says. “Because nobody comes out of law school with ‘the stuff.’ Black talent will not be any worse than the talent you found. So go out and find Black people.”

If firms develop more Black attorneys, the cultural issues and feeling of isolation those lawyers confront will become easier to manage, Young says.

“The reason that Black attorneys don’t stay in large numbers in white-led firms and other organizations is the same reason why you still have the racial disparities that play out in larger societies,” she says. “When you don’t have a critical mass of Black attorneys in the space, you don’t create a welcoming environment where those attorneys can thrive.”

None of Skadden, Bass Berry or Arent Fox responded to requests for comment for this story.

With the country roiling in outrage over police killings of George Floyd, Breonna Taylor and other Black men and women, Young sees it as the duty of law firms and the legal profession to set an example for the rest of the country. She expects firms and lawyers to be passionate advocates for equality.

To Young, that means looking beyond the scope of the legal profession and addressing inequities in broader society. Issues of racism, bias and discrimination in law firms are reflections of those same problems writ large. Without confronting racism and its manifestations outside of law firms, rooting the problem out of law firms is an impossible task.

“Employers like law firms and other corporations can focus on investing in those programs that then help people of color to be put on the right pathway to achieve in higher education,” Young says. “Law firms can be thought leaders and early adopters in changing the culture of America.”