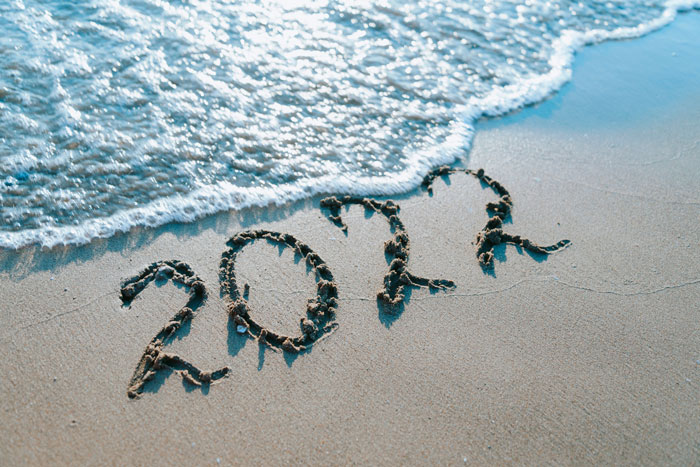 From my personal perspective 2021 was a year from hell. Frankly, as someone who has been around a while, seen many amazing things, had many ups and downs, I have always believed in and supported our great country, the United States of America and its Constitution, which in my life has provided me and most Americans with freedom, security, and unlimited opportunity if we were willing to work and take advantage of what this great country has to offer.

Regardless of the circumstances in which we were born—and indeed some have had advantages over others—this great country has, since its creation in 1776, fought wars to protect our freedoms and over the years, corrected its racial inequities and provided the basic opportunity for everybody to have the right to move about freely, to own property, to have freedom of speech, and to choose our own path towards potential prosperity.

The words “Life, Liberty, and the Pursuit of Happiness” have been paramount in my lifetime. Words most of us have taken for granted. Our elected officials, our leaders (especially our President), indeed those we the people, through free and honest elections, have put into office and have trusted to uphold our laws and protect our free enterprise system, have until now, maintained these high standards.

Folks, all this being said, throughout history, there have always been certain human beings, who have hidden agendas, dishonest presentations, authoritarian personalities, who desire the power to control the lives of others, and who through charismatic abilities, when unique circumstances become available, obtain power and operate as they wish. In America, we have supposedly been protected against the likes of Hitler, Mussolini, Tito, Stalin and the development of despotism. Communist countries like Red China and the former Soviet Union and the failed policies of Socialism, Americans, because of our constitution, assumed this could never happen here!

In 2020 and all of 2021 through the horrible Pandemic, Covid-19, which some evidence indicates came from a lab in Wuhan, China and has so far killed 800,000 Americans has given certain authoritarian and fanatical elected officials the apparent ability to take away your freedom, restrict opportunities, and destroy prosperity. President Joe Biden, Vice President Kamala Harris, and many Governors and Mayors who are true despots have used this grotesque man-made disease as a reason to dictate absurd power in an attempt to destroy our way of life. The evidence also indicates that the development of this virus came from the process of “Gain a Function” (the method of manipulating a virus to change it so it can affect humans).

The real rub is the evidence also indicates the process was funded with American Taxpayer dollars and provided to China indirectly by Dr. Anthony Fauci who is the main advisor and proponent of these odious restrictions that have put our way of life in serious danger! He is paid $800,000 a year by the government and has prevented innumerable therapeutic drugs from being made easily available to the US population. Why?

To describe 2021, in my opinion, is to call it the year of death, fear, political dishonesty, leadership incompetency, absurd fanatical logic, racial division, brain washing our children through Critical Race Theory, unbelievable increase in crime, the defunding of police, the destruction of our Southern Border (opening it to the world and severely compromising our national security, and authoritarian and unreasonable lock downs that have ruined the lives of many Americans who worked all their lives to develop successful businesses that have now been destroyed. Folks, for me it was the unhappiest, most disconcerting year of my life and I am glad it is soon to be over.

To briefly recap the significant and upsetting events of 2021, combining my personal opinions with what has actually happened, is indeed something I need to do in this dissertation:

1) January 6th, before Trump left office, after a rally of thousands of people where Trump spoke, indicating the election was stolen, Capitol Hill was invaded by right wing radicals, who created an untenable situation, threatening Democrat legislators during the election validation process and also VP Mike Pence who Trump mistakenly and wrongly criticized. Trump was impeached for the 2nd time and found not guilty by the Senate. What is interesting, Trump clearly stated he wanted a peaceful demonstration. He also had 10,000 National Guard standing by. The FBI was aware of a possible impending problem and did nothing! I believe Trump was innocent, but made a huge mistake in defaming his loyal VP Mike Pence.

2) Biden, as his first order as President, shut down the Keystone Pipeline, stopped all oil drilling, and created and took us from being energy independent to being dependent again on foreign oil—creating an oil shortage, affecting our entire economy.

3) Biden and Harris encouraged, along with many Democrat Mayors and Governors, a defunding of the Police which has created an epidemic of unprecedented crime.

4) Biden arranged through unprecedented financial giveaways and government loans where people had so much free money, they chose not to work. Millions of dollars were illegally stolen by corrupt individuals, because of Biden’s mismanagement. The lockdowns, restrictions, and mandates closed many businesses supported by authoritarian, power hungry Democrat Mayors and Governors. I got no relief checks or loans.

5) Biden opened the Southern Border to the world, stopped the Construction of the effective Border Wall and ordered the Border Patrol to not detain them. Well over 2 million illegals have come into the country we know about and over 500,000 are suspected to have not been caught. Thousands of illegals were put up in hotels, while many homeless veterans live on the streets. Illegals are being flown all over the country and dropped into states without the permission or knowledge of many Governors. Over 150 billion tax payer dollars are being used to support illegal aliens, many who are unvetted, carry Covid, many who are from dangerous Central American gangs, and also terrorists. Biden basically took the best and most effective Border policy in US history and turned it into the worst in US history.

6) Biden removed our Troops from Afghanistan, leaving the Taliban in charge, causing the death of 13 American Service Men and Women from the poor security he caused, leaving billions of dollars’ worth of military hardware behind, including innumerable armored vehicles, black Hawk helicopters, drones, thousands of assault rifles, machine guns, and ammunition. Hundreds of Americans were left behind and thousands of Afghans who helped us have been murdered. This was without a doubt the most significantly, mismanaged, military debacle in recent times and Biden is 100% responsible.

7) In Delaware, I was personally able to expose what I believe is a form of Corruption in the Court of Chancery, especially in the TransPerfect case. I believe my research and publications helped cause Chancellor Andre Bouchard to resign 5 years before his term was up. That was, in my view, one of the few things that were positive in 2021.

In my view, President Joe Biden is systematically trying to destroy our great American Dream. Great way to end up 2021?!

For me personally. Besides being extremely worried about my country, I was isolated, lonely, unhappy, lost friends and girlfriends in 2021. Truly the worst year of my life.

Alexander Pope in his “An Essay on Man” said those famous words: “Hope Springs Eternal.” I have my friends, in 2022 great hope, that we the people will begin to rid our country of these abominations, by the Republicans taking back the House and the Senate and removing the worst, most dishonest President and Vice president in US history. I am determined to revitalize myself personally, get beyond my sadness and frustration.

Folks, I wish you all a better and prosperous New Year. God bless you all and God bless America. Hope does spring eternal.