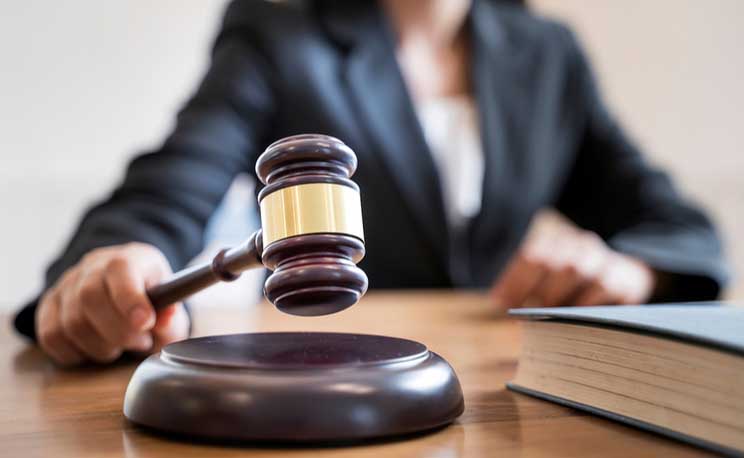 Once again, Skadden Arps wins in Chancellor Andre Bouchard’s Delaware Chancery Court, this time in front of Vice-Chancellor Glasscock. It’s amazing how well all the Chancellor’s cozy friends at Skadden Arps continue to do. This latest victory by Bob Pincus’s partner Jennifer Voss, who, in my opinion, is now infamous nationwide because of her hidden and allegedly unethical billing practices in the TransPerfect case seems to maintain her incredible Chancery Court streak! It is for this writer most disheartening to see what I view as the appearances of impropriety in Delaware’s equity Court which, as I see it, continue to shamefully deplete Delaware’s reputation for fairness.

As an aside and a distinct point of interest, folks, I spent many years navigating big ships on the Delaware River. The DuPont plant at Deepwater Point on the Jersey side of the river, directly across from Wilmington Marine terminal was at one time one of the largest polluters in Delaware history. I remember my father who was also a ship’s pilot getting into an argument at Rehoboth Beach Country Club with former Delaware Governor Russel Peterson over DuPont’s grotesque pollution. Peterson worked for the DuPont Company before he was Governor. My father called him a hypocrite considering how Peterson beat the environmental drum incessantly. Folks it’s the DuPont Company, it is Delaware, and Skadden Arps was at the helm! It is Andre Bouchard’s Court and he runs the show with absolute omnipotence!

Read the Law360 story below on DuPont for the latest story that shows exactly what happens in Delaware’s Chancery Court. It’s shameful in my opinion!

In a 39-page decision, Vice Chancellor Sam Glasscock III said the dispute and issues “are governed by rather straightforward application of settled law” regarding a separation agreement between the two companies, with those terms leaving him without jurisdiction.

“I find the language of the separation agreement referring arbitrability to the arbitrator controlling here. Accordingly, I have no jurisdiction to entertain this matter, and the defendants’ motion to dismiss must be granted,” the vice-chancellor wrote.

The decision — which Chemours said it plans to appeal — was a win for E.I. DuPont de Nemours and Co. over The Chemours Co.’s arguments that its former parent and predecessor, The DuPont Co., unfairly stuck Chemours with cleanup costs far in excess of a $1.42 billion “certified maximum” representation at the time the companies separated.

Then-DowDuPont included in the spinoff a mandate to resolve any disagreements over the deal through arbitration. Chemours pushed back in a suit filed in May, arguing it never made a fully informed or fair agreement to the terms imposed. DuPont, meanwhile, said the Chancery Court lacked jurisdiction to intervene.

The suit sought limits on Chemours’ exposure for cleanups in North Carolina, New Jersey and elsewhere, or the return of a $3.91 billion dividend Chemours paid to DuPont, among other relief, along with a declaration blocking what Chemours claimed was a fraudulent conveyance of liabilities.

Vice Chancellor Glasscock concluded that Chemours plainly consented to arbitration, despite arguing that it was dominated by DuPont during preparations for the spinoff and hobbled in efforts to represent its own future interests.

“Chemours can point to no case that has declined to enforce a parent-subsidiary contract because the subsidiary could not manifest assent due to its domination by the parent,” the Vice Chancellor wrote.

Chemours argued that a provision delegating disputes over the cleanup cost to an arbitrator was unfair and could be nullified by a finding that its terms were “unconscionable.”

But Vice Chancellor Glasscock found that Chemours did not quite get there, noting that even if the provision was “the product of procedural unfairness, it cannot be procedurally unconscionable because such a finding cannot be squared with settled Delaware law that ‘wholly-owned subsidiary corporations are expected to operate for the benefit of their parent corporations; that is why they are created.’”

Chemours’ May 2019 suit against DowDuPont accused its former parent of being “systematically and spectacularly wrong” in disclosing upper limits for the environmental baggage that went along with its 2015 spinoff from the Delaware-chartered business.

The suit argued that Chemours was not permitted to retain independent counsel for spinoff preparations, and was unable to see the agreement until 14 months after it was announced. Chemours also was told it would not be relying on DuPont’s counsel to protect Chemours’ interests.

The spinoff left Chemours as an independent company, with DuPont joining with Dow Chemical Co. to become DowDuPont and spinning off crop protection and seed company Corteva Inc. DuPont de Nemours, meanwhile, separated from Dow and is a wholly owned subsidiary of Corteva.

During arguments last year, William Savitt of Wachtell Lipton Rosen & Katz LLP, counsel to Chemours, said DuPont handed off not only 19% of its business lines with the spinoff, but also 67% of the liability of its companies and 90% of its lawsuits. The arrangement, he said, brought Delaware to a point where “a spinoff can be a dangerous thing.”

During the same argument, Robert S. Saunders of Skadden Arps Slate Meagher & Flom LLP, counsel to original parent E.I. du Pont de Nemours and Co., along with DowDuPont and Corteva, said Chemours’ argument “calls into question the validity of every parent-subsidiary contract regardless of whether it is entered into in anticipation of a spinoff.”

In a statement, DuPont said it was pleased with the decision, and said that Chemours’ indemnification obligations are clear and that DuPont would take steps to enforce them.

“Chemours argued that the separation agreement governing the Chemours spin-off was unenforceable because Chemours was an EID [DuPont] subsidiary at the time it signed the agreement,” DuPont said in its response. “The court rejected that argument, confirming that contracts between parents and subsidiaries (like our separation agreement with Chemours) are ‘routinely enforced,’ and that to invalidate such a contract on the procedural ground offered by Chemours ‘would be nonsensical.’”

Chemours said separately that it stands by its position.
“While we are disappointed in today’s ruling, we plan to file an appeal to the state Supreme Court,” said David Rosen, Chemours global leader for media relations and strategic communications. “We are confident in the merits, whether in court or in arbitration, and will continue to vigorously defend the rights of Chemours and all its stakeholders.”

Update: This story has been updated to include comments from DuPont.